EGX is the UK’s biggest games event; this year it was held in Birmingham from 20th – 23rd September and we were lucky enough to get the chance to show off Catastronauts there!!

Needless to say we were very excited, especially with the event falling so close to our release date (28th September; that’s tomorrow!!!). We assembled our space crew, gathered our equipment and headed off to the NEC! 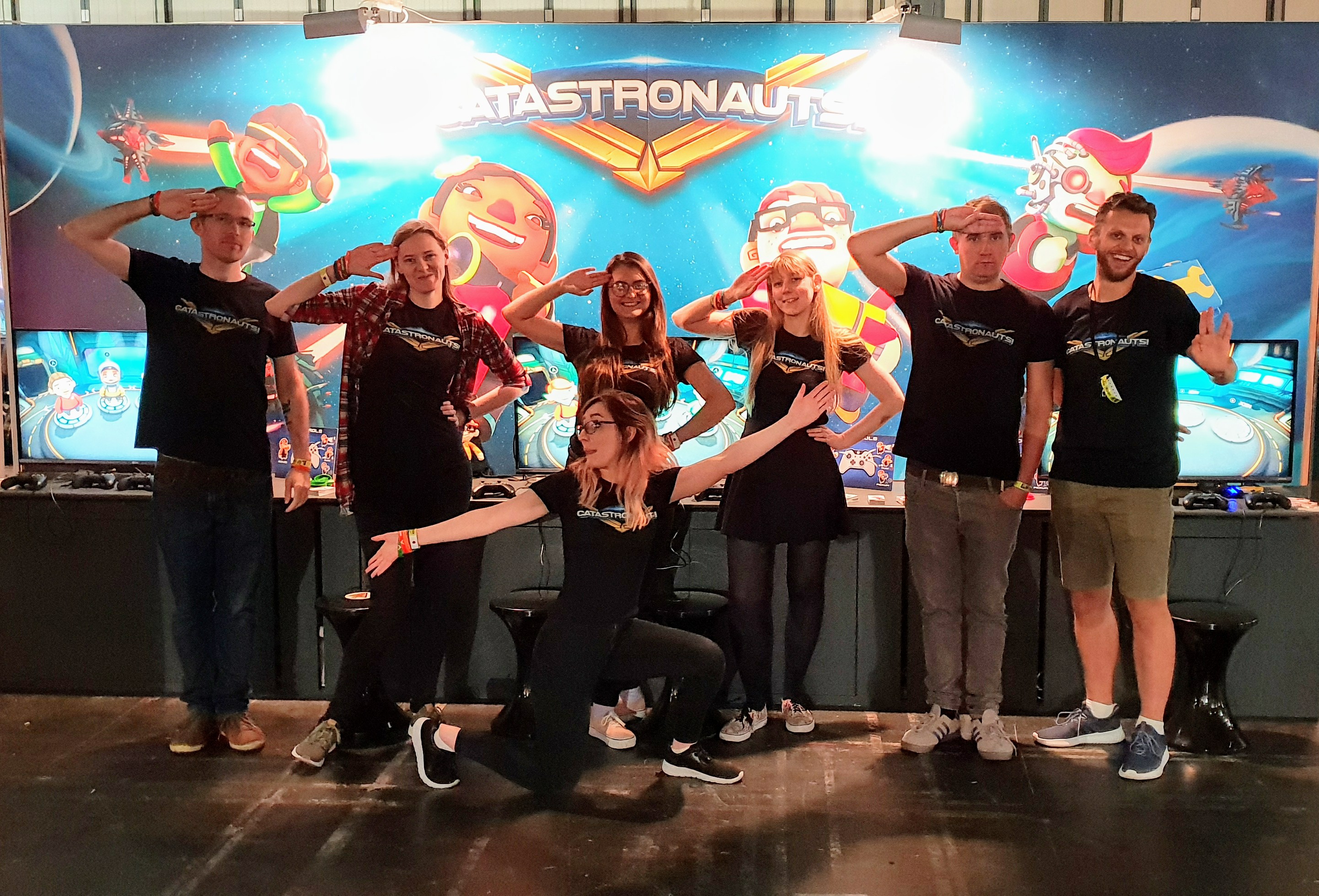 The event was huge and we managed to get a prime spot, near to the entrance with lots of space for our newest recruits to gather as they try out the game. And it certainly lived up to our expectations! The stall was very busy throughout the event; we started off well, with with lots of people popping by to check out the game based on Eurogamer’s recommendation in their video which was playing in the lobby. Thanks to the team for their shout out!

We saw lots of great teamwork and strategising throughout the event, along with a few minor arguments concerning who decided to shut the safe room door and leave their friend to burn to a crisp in the heat of a solar flare – but most groups managed to make it up before the end of the demo 🙂

As always, we like to give a little shoutout to some of the other awesome games which we spotted while at the event. Here are some of our favourites:
+ Double Pug Switch, a challenging platformer where you play a pug in parallel dimensions
+ Heaven’s Vault, an adventure game where you get to decipher an entire ancient language
+ Obsol33t, a game where you take on the role of a hacker who uses a wheelchair in a futuristic but inaccessible city
+ The Bradwell Conspiracy, an immersive narrative-driven puzzler where you uncover secrets as you work to escape the complex of a company who may not be all they seem (plus they were handing out awesome Stonehenge hats!!)
+ Super Mario Party – we’re all huge Mario fans and, of course, we love party games, so this game was pretty much our ideal title! 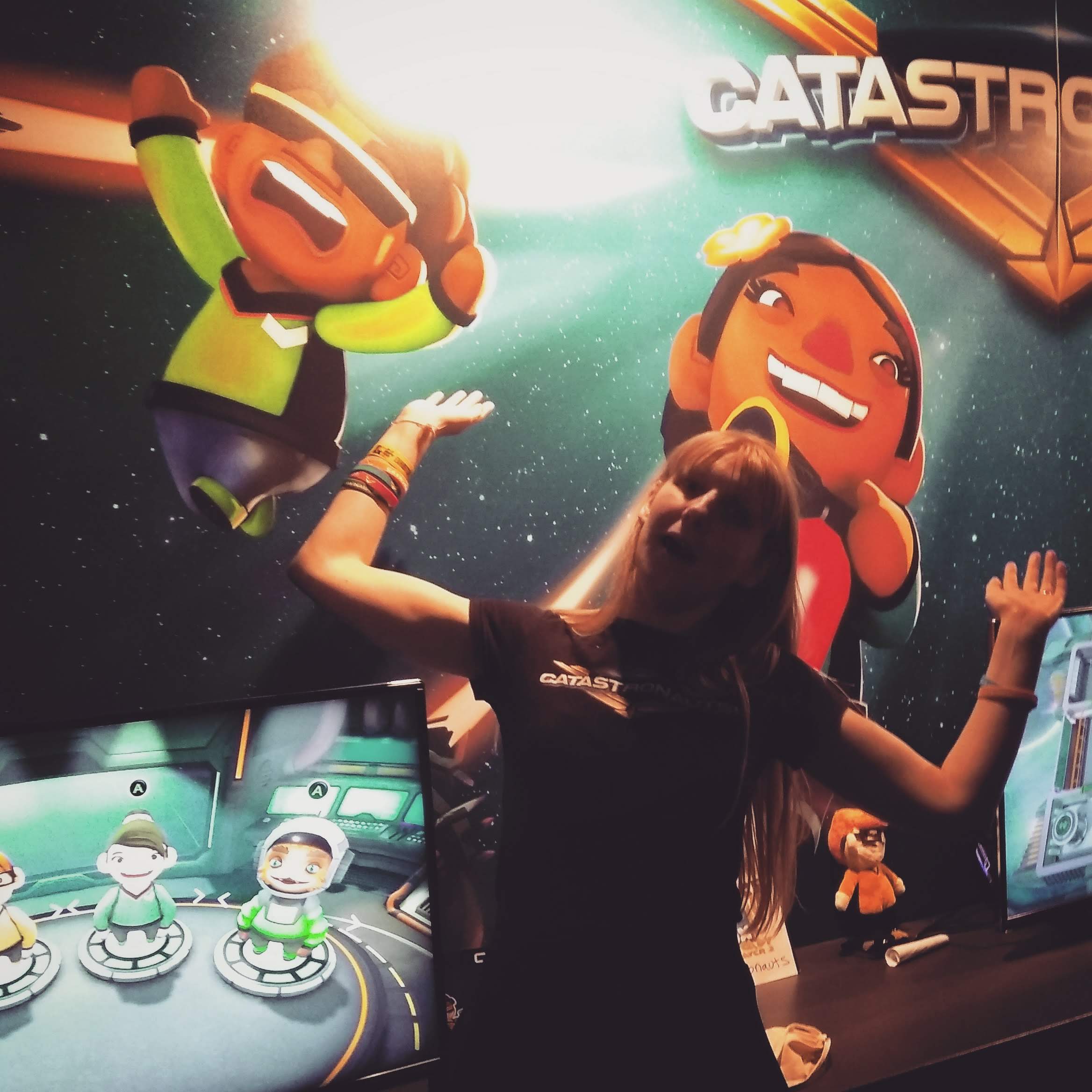 We finished the event tired but very happy; we were thrilled with the awesome reception the game received! A huge thank you to everyone who stopped by to have a look or take a play, and if you didn’t get a chance to, never fear – you can try the full game yourself tomorrow on PC, PS4 and Xbox One!!